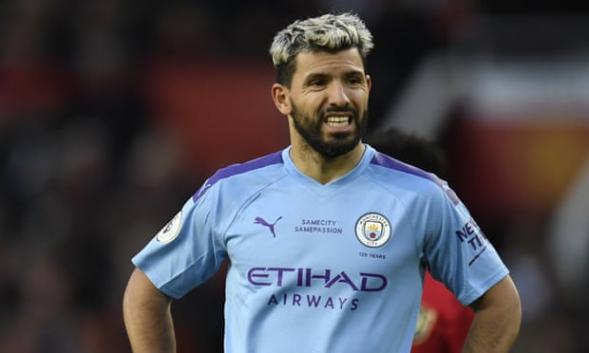 TheÂ Manchester CityÂ striker Sergio AgÃ¼ero believes many Premier League players will be fearful of resuming the season in the midst of the Covid-19 pandemic, potentially putting their families at risk in the rush to get back on the pitch.

The Argentinian forward has said the thought of returning to training and playing matches frightens him and the feeling will be mutual among lots of players.

â€œThe majority of players are scared because they have family, they have children, they have babies,â€ he told El Chiringuito TV. â€œWhen we go back, I imagine that we will be very tense, we will be very careful and the moment someone feels ill, you will think: â€œWhatâ€™s gone on there?â€ It does scare me.â€

Premier League clubs are due to meet on Friday to discuss plans to resume training and complete the season, but AgÃ¼ero believes the nature of the virus will naturally leave players at risk until a vaccine is readily available.

â€œThere are people who have it, but they donâ€™t have symptoms and they can infect you. You can be infected and you donâ€™t know anything about it,â€ he said.