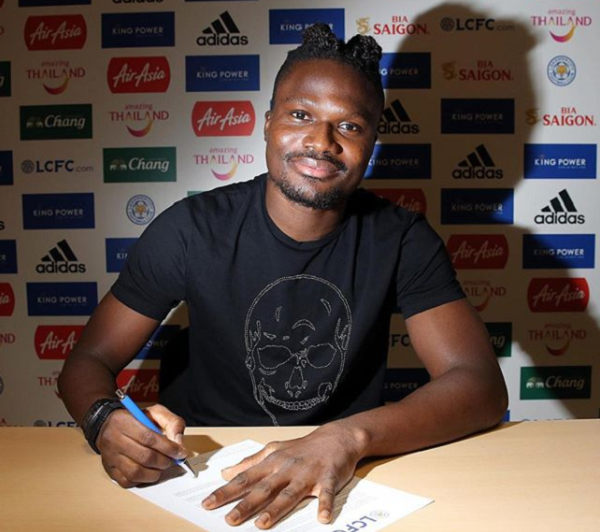 Ghana centre-back Daniel Amartey has expressed his delight after signing a new contract at Leicester City that will keep him at the club until 2022.


The 23-year-old's impressive performance in the season has been rewarded with a three-and-a-half-year contract extension despite being on the treatment table since October, after breaking his leg in the side's 1-1 draw with West Ham United.

And he told the club: “I am very happy to sign this contract at Leicester City.

"I am a simple and easy guy. I work hard and I focus.

"By God’s grace, my recovery is getting better and I have to be strong when I come back.

"I have to be ready, for the club and for the manager.”

Amartey is currently sidelined, having suffered an ankle injury in the Foxes' Premier League clash with West Ham United at the end of October.

The Ghanaian has played almost 50 league games for Leicester since joining the club for £5m from FC Copenhagen in January 2016.
Latest sports news in Ghana