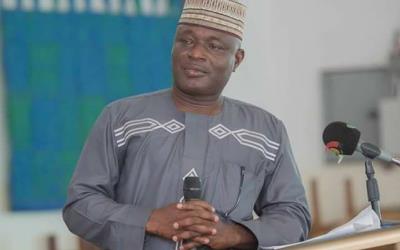 When I saw speculative reports that Puma has slashed Ghana's financial benefits in its new contract with the GFA, I was taken aback. But after some enquiries, including contacts at Puma, I ended up laughing like a baby who has seen the mother after minutes of loneliness.

Honestly, I didn't take the Number 12 reason seriously until I read another report by Fox FM which said Henry Asante, the GFA Communications Director has indeed confirmed that the figures have gone down due to Number 12.

Everyone knows that I am not a fan of the Number 12 Ghana Film, but to say Number 12 was the reason Puma slashed Ghana's monetary benefit is just not only illogical but laughable.

The Loop has verified and Puma sources have confirmed that Ghana's failure to qualify for the Russia 2018 FIFA World Cup was the reason Ghana lost out financially in the new contract.

The Puma source (Marketing Department for Team Sport) said Ghana's previous contract with Puma was expired in December 2018 before the 2019 Afcon. And coming just 5 months after the Russia World Cup, which the Black Stars did not qualify, Ghana was always going to be at the renegotiating table seriously disadvantaged.

"Just as we have clauses for performance-related bonuses which appreciates when the senior team progresses in tournaments, failure to qualify for a major tournament like the FIFA World Cup is also a major determining factor when we are renegotiating team sport contracts," the Puma source told The Loop.

As for the Number 12 reasons being cited, which the GFA has now officially confirmed through its spokesperson, the Puma source laughed it off.

"We don't associate with tainted brands at all. If we felt the Number 12 Documentary had badly damaged our brand image partnership with the GFA, we would have cancelled it or ended the contract when it expired in December 2018. We don't reduce terms when we feel we don't want to associate with a tainted brand which will injure our brand image. We walk away," the Puma source added.

A word to the GFA

The Number 12 excuses being peddled by the GFA and their allies, is just a smokescreen to cover up the current GFA's FAILURE to secure a simple sponsorship for the FA in 7 months.

Can the GFA stop peddling such bogus propaganda excuses and focus on their mantra of creating wealth?

The current GFA leadership are rather doing marketing damage to the GFA brand by publicly saying they lost out because of Number 12.

Now, who will give you more because of Number 12 after saying Number has 12 destroyed your brand?

No wonder the current GFA leadership has failed to add even a "pure water" sponsor since taking over 7 months ago after flamboyant promises.

The vicious attempt to brand the Kwesi Nyantakyi administration as the greatest evil to ever happen to the GFA is the problem of this FA.

It is like cutting your nose to spite your face

The current FA must be told that football belongs to a huge family and it's imperative to save its image for the survival of stakeholders especially those who have identified football has their full-time business.