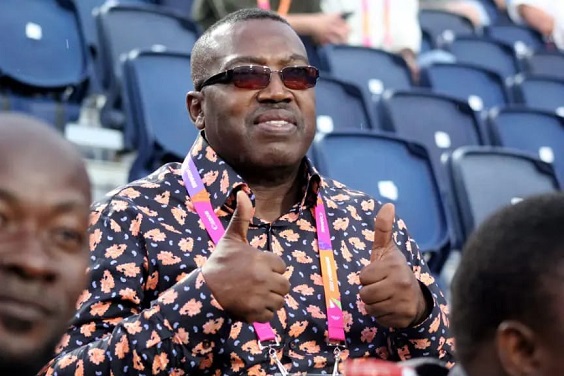 Members of the Ghana Hockey Association have by popular acclamation endorsed Dr Ben Asante to continue as President for the next four years.

The event which took place on Saturday, October 22, 2022, at the Theodosia Okoh National Hockey pitch saw the incumbent go unopposed in an election to elect the leadership of the association for the next four years.

Dr. Ben Asante, who doubles as the Chairman of the Citizens International Hockey Club, urged members of the Association to rally behind hockey and strive to seek for sponsorship for the association.

“On behalf of the board, I want to thank you all for the support for the last four years. It’s been an exciting journey with ups and downs.

“Our commitment towards funding should be looked at. Our development agenda has remained the same but our funding has not reached the mark that can help us execute all our plans,” he said.

“We still remain committed to develop our facilities and equipment, and also looking at our pillar number two, which is developing our personnel, not just the players, but rather the coaches and technical officials because we’re far behind.”

He reiterated that the Association’s commitment of funding has been a problem.

The main tool for purchase equipment, train coaches and enabling players to play at competitions has not been forthcoming, he noted.

The other members Mr. Kwame Owusu, Mr Albert Ofori, as honorary treasurer, while Mr. Frank Oti-Mensah and Grace Ankomah all went unopposed with two executive members of the association.

They were sworn in as the new executive members for a new four-year term.

The Association has successfully hosted two major international tournaments being the African Cup of Club Champions (ACCC) and Africa Cup of Nations in November, 2021 and January 2022 respectively.

None of the men’s team made it to the medal zone.

Ghana’s female team sailed through to the finals but lost to South Africa, thereby winning silver.

The Black Stiks placed fifth in the men’s category.

Sequel to these tournaments and ranking, the men and women national teams qualified to the 2022 Birmingham Commonwealth Games in the United Kingdom, placing 10th in both men and women version.

On infrastructure, four new water-based artificial turfs have been installed, with the support from the president of Ghana Hockey Association, Dr. Ben Asante. The association acquired turfs and its accessories to construct three new pitches at KNUST, UG and UCC and renovation of the national hockey stadium.

Human Resources after the first four years under the executives – Association has birthed a number of FIH officials and umpires who get appointments at international tournaments or represent Ghana.

Coaches, trainers and officials, have all benefited under his leadership.

This achievements, wouldn’t have happened if not the intervention of the president Dr. Ben Asante.