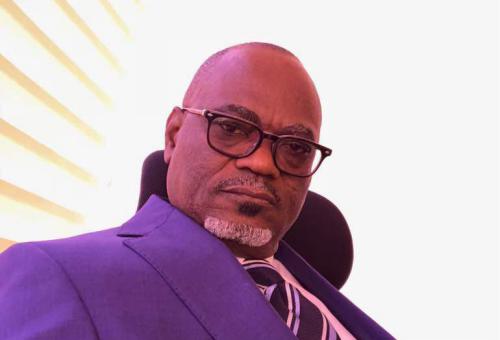 Former President of the GFA Normalisation Committee, Dr Kofi Amoah has sent well-wishes to the current President & Executive Council on the occasion of their first anniversary.

Dr. Amoah and the Normalisation Committee which included Lawyer Naa Odofoley Nortey and ex Ghana international Samuel Osei Kuffour, handed over to the Kurt ES Okraku-led administration after the GFA elections held on October 25, 2019 at the College of Physicians and Surgeons.

In a letter message sent to the General Secretary of the GFA, the President of the erstwhile Normalisation Committee stated that:

“On the anniversary of the handing over of the administration of football from the Normalisation committee to a new president and the new executive council of the GFA, I Dr Kofi Amoah in conjunction with my colleagues on the NC, wish Ghana football well.

“We are confident the new administration will steer the affairs of Ghana football to higher success. Thank you”.

In the aftermath of the Number 12 investigative documentary, FIFA appointed a Normalisation Committee on August 27, 2018 to run the GFA’s daily affairs and review the GFA statutes.

As part of its mandate, the NC was tasked to organise and conduct elections of a GFA executive committee on the basis of the revised GFA statutes.

After the successful adoption of the new GFA Statutes on September 5,2019, the NC then proceeded with its elections roadmap which culminated with the election of Mr Kurt ES Okraku and 11 members of the Executive Council.