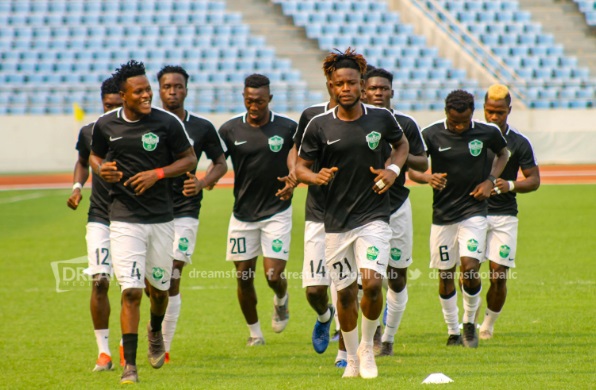 This comes after President Akuffo-Addo lifted the ban on contact sports and gave the green light for the resumption of group training in Ghana.

Dreams FC has not been in action since the team last played Elmina Sharks on 15 March in the 2019/20 season which was cut short by the pandemic.

The Dawu-based club have beefed up their squad ahead of the new season with six signings including Abel Manomey, former Hearts of Oak striker Joseph Esso and Agyenim Boateng from Nzema Kotoko.

Meanwhile, the Ghana Football Association (GFA) has announced that the 2020/2021 season will commence in November.

The nation’s flagship competition, the Ghana Premier League is expected to kick start from Friday, November 13, 2020. While, the Division One League kicks off on December 3, 2020. The Women’s Premier League is set to kick off on January 2, 2021.

It’s been well over six months since football in Ghana was halted due to Covid-19.