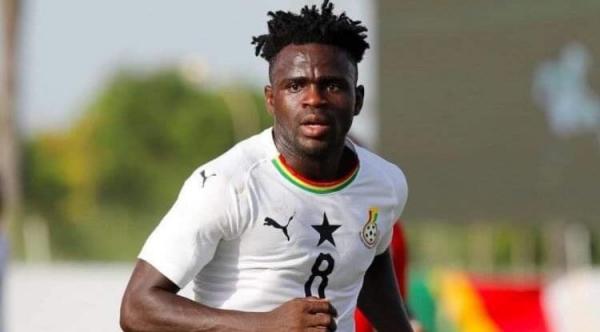 The Tunisian club signed the former AshantiGold midfielder on a three-year deal. The Ghanaian international joined the Red and Blue lads until 2023 after ending his stay with AshantiGold a month ago.

The club confirmed the signing via their Twitter handle.

Akaminko played 13 times for the Miners in the 2019/2020 truncated Ghana Premier League.

He previously had stints with Tema Youth and Medeama SC.

Union Sportive de Tataouine is a Tunisian football club, based in the city of Tataouine in the south of the country. The club was founded in 1996 after the union of two biggest football clubs in the city (Tataouine Sportive 1947 and Jeunesse Sportive Rogba 1976), the team plays in red and blue colors at home. Their home ground is "Stade Nejib Khattab"