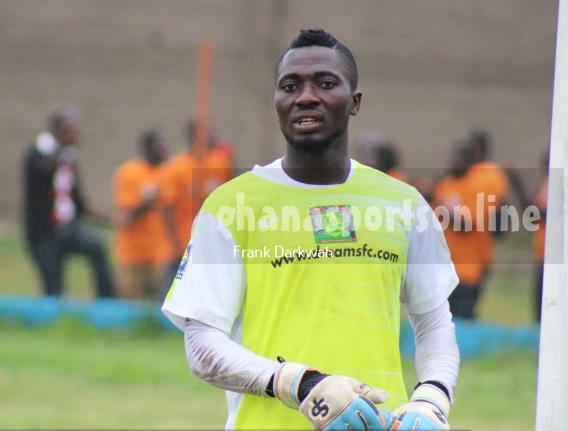 Philemon McCarthy has completed a transfer to Dreams FC, the Ghana Premier League club have announced.

The former Hearts of Oak shot-stopper has inked a two year deal with the Dawu-based club.Â

An official statement from the club read â€œDreams Football Club is pleased to announce the return of its very own Philemon McCarthy after the experienced goalkeeper signed a two and half year contract with the club.â€

McCarthyâ€™s comeback is considered as a homecoming signing since this becomes the second time he is rejoining the club following his earlier return in 2018.

McCarthy returned to Dreams during the 2017/18 season after having had a short stint with Israeli club Afula FC and is famously remembered by the StillBelieve fans for his historic strike against New Edubiase FC at the Theatre of Dreams, Dawu during the 2016 Ghana Premier League season.

McCarthy signing follows that of Abel Manomey who sealed a switch to Dreams FC from Great Olympics last week.