EPL: Could top 4 be decided this weekend? 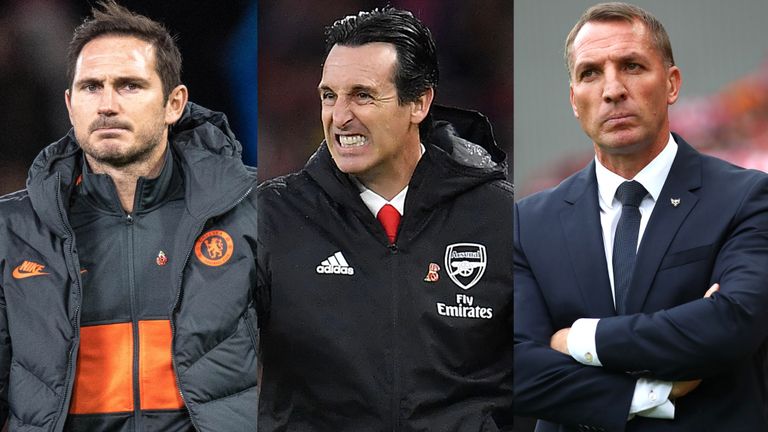 Could the top-four race really be settled before we have even reached December?

It would have seemed an unthinkable prospect at the start of the season, but the circumstances are such that it has become a distinct possibility.

Since the 2001/02 campaign, when the Premier League was awarded four Champions League qualification places for the first time, there has never been more than three points separating the team in fifth place and the team in fourth after 11 games.

This season, though, there is already a six-point gap between fifth-placed Arsenal and fourth-placed Chelsea, and it will be widened to nine if Chelsea beat Crystal Palace in Saturday's early kick-off and the Gunners lose to third-placed Leicester, live on Sky Sports later in the day. 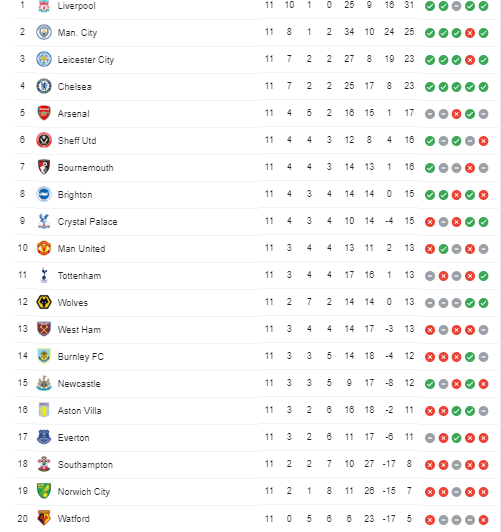 It is not an unlikely outcome given the form of the respective sides and Arsenal are not the only ones in danger of getting left behind. With Manchester United and Tottenham already languishing a further four points back, and with no obvious contenders emerging from the pack, it means we are heading into a potentially pivotal weekend in the top-four race.

Will Chelsea pull away? 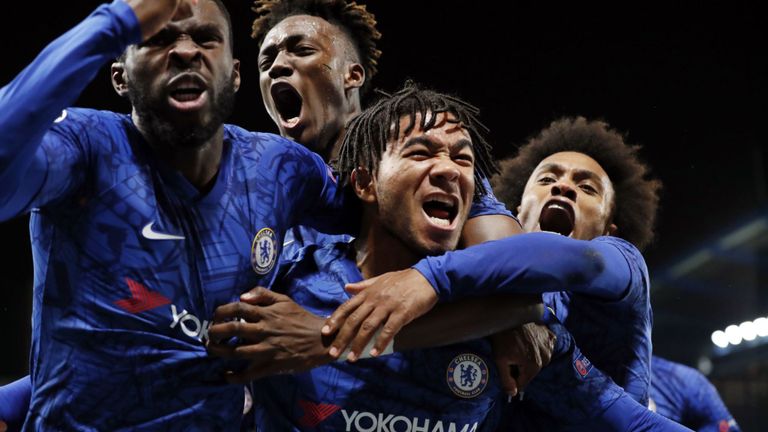 There is little reason to suspect Chelsea will slip up against Palace. Frank Lampard's side showed defensive frailties during Wednesday's 4-4 draw with Ajax, but their comeback from 4-1 down will only enhance their belief that they can continue a five-game winning streak in the Premier League.

It has been an extraordinary turnaround under Frank Lampard. Since the 4-0 loss to Manchester United on the opening weekend of the season, their only Premier League loss has come against leaders Liverpool. They have won seven and drawn two of their other nine games.

Chelsea were inhibited by a transfer ban during the summer, but their young players continue to shine in the absence of new signings. Tammy Abraham has scored nine goals - his last coming in the 2-1 win over Watford last weekend - while Mason Mount, Fikayo Tomori and Reece James have also impressed and Christian Pulisic has hit form too.

Their firepower could prove too much for a Palace side who have not kept a clean sheet in any of their last four games. Chelsea have scored the same number of goals as Liverpool this season. They rank second for shots on target and third for expected goals and big chances created. The numbers add up to a daunting task for Palace.

Leicester to pile pressure on Emery? 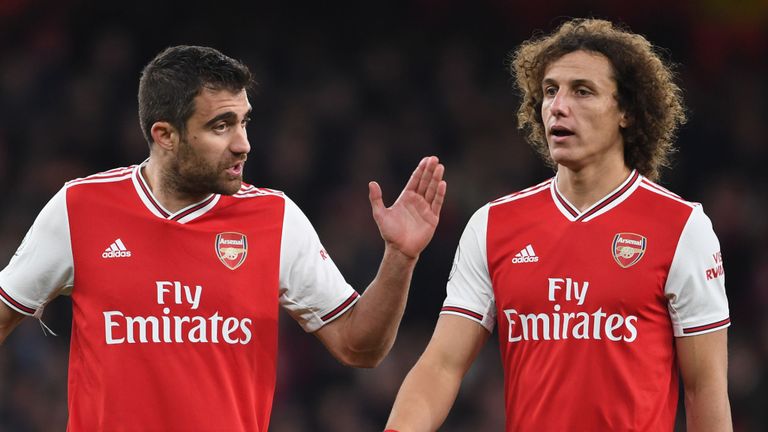 Any Arsenal fans hoping Wednesday's Europa League fixture against Vitoria might provide some relief from their Premier League travails were left disappointed. Their listless performance, culminating in the concession of a late equaliser, offered little evidence to suggest that a turnaround is imminent.

The pressure is rising on Unai Emery, and while the club have denied reports linking them with Jose Mourinho, they will be under no illusion about the seriousness of their current plight. Their hopes of Champions League qualification become more distant with every poor performance. The fans are already mutinous and the Granit Xhaka episode has unsettled the dressing room too.

Leicester seem well placed to take advantage of their mounting problems and, perhaps, push the manager closer to the exit door. Brendan Rodgers' side, free of any European commitments this season, have won five of their last six Premier League games, their sky-high confidence contrasting sharply with the mood among the Arsenal players.

Leicester have scored 11 goals in their last two games, beating Southampton 9-0 at St Mary's and clinching a 2-0 win over Crystal Palace at Selhurst Park. The bad news for Arsenal is that they look even stronger at home, having won four and drawn one of their five games there so far.

Emery knows just how dangerous they can be. Arsenal's last visit to the King Power Stadium, in April, ended in a 3-0 loss which inflicted considerable damage on their top-four prospects last season. A repeat of that scoreline on Saturday would have a similar affect - albeit several months earlier than last season. Jamie Vardy, who scored twice that day and has netted five goals in his last three games, will be licking his lips.

No winning guarantees for Manchester United or Spurs 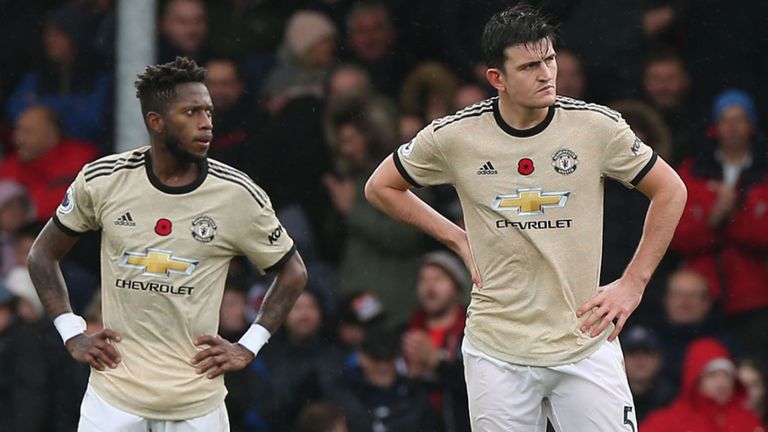 Manchester United and Tottenham's top-four hopes are already drifting but on the face of it, they should be confident of ensuring the gap to the Champions League places is not widened any further this weekend. Ole Gunnar Solskjaer's side are at home to Brighton on Sunday, while Spurs host Sheffield United on Saturday.

These days, though, there are no winning guarantees for either side. Their recent struggles, coupled with the unexpectedly impressive form of their opponents, who sit eighth and sixth in the Premier league table respectively, means both fixtures look like potential banana skins.

Manchester United's mini-resurgence was punctured by Bournemouth last weekend and a Brighton side who have won three of their last four games should provide another tricky test.

Spurs, meanwhile, will need to show attacking improvement if they are to get the better of a Sheffield United defence which has conceded the joint-fewest goals in the Premier League this season.

Fail to win, and Manchester United and Spurs could find themselves as many as 13 points off the top four. A tall order might then begin to look like an impossible one.