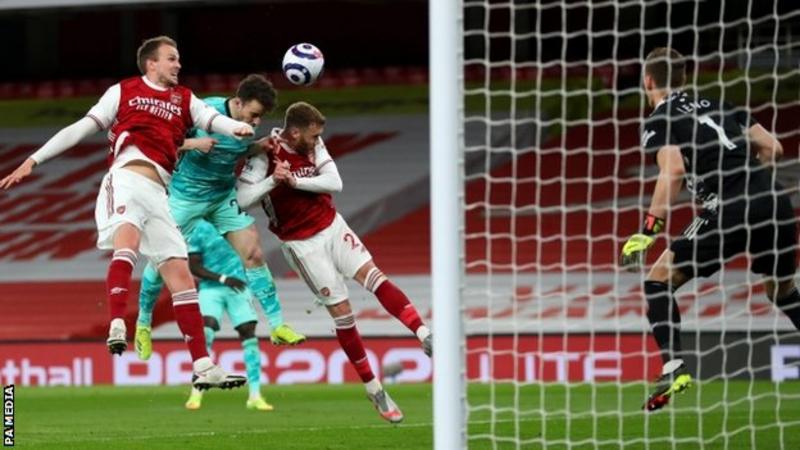 Portugal forward Diogo Jota came off the bench to score twice as Liverpool claimed a third successive away win with a comfortable victory against lacklustre Arsenal.

Liverpool hemmed the Gunners into their own half for much of the game but had to wait until after the hour mark to break the deadlock.

Trent Alexander-Arnold whipped in a deep cross for Jota to power a header past Arsenal keeper Bernd Leno just three minutes after he had replaced left-back Andy Robertson.

Four minutes later, Mohamed Salah got in behind Gabriel before rolling the ball between Leno's legs.

Jota, who scored three times in two games during the international break, made sure of victory by sweeping in his 14th club goal of the season.