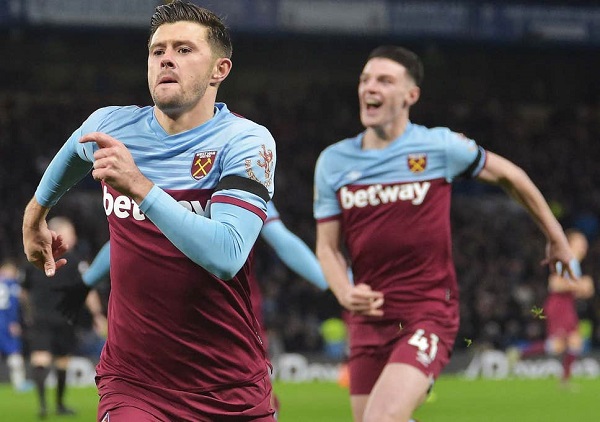 Liverpool keeper Alisson was sent off for a blatant handball outside his penalty area as the Reds moved 11 points clear at the top of the table with victory over Brighton.

Jurgen Klopp's side were coasting to victory after two Virgil van Dijk headers from Trent Alexander-Arnold assists in the space of six first-half minutes.

But Alisson's red card - for clearly handling outside his penalty area with Brighton substitute Leandro Trossard bearing down on goal - gifted Brighton a lifeline.

Substitute keeper Adrian's first touch was to fish the ball out of his own net after Lewis Dunk's cute free-kick left the keeper - who was still organising his wall - stranded, before Liverpool's stopper saved late on from Aaron Mooy.

Earlier in the day, reigning champions Manchester City were held to a 2-2 draw at Newcastle United.

West Ham relieved the pressure on boss Manuel Pellegrini as they ended their seven-game winless run with a first victory at Chelsea for 17 years.

Aaron Cresswell scored the winner three minutes after the break as he cut inside and fired low past Kepa Arrizabalaga.