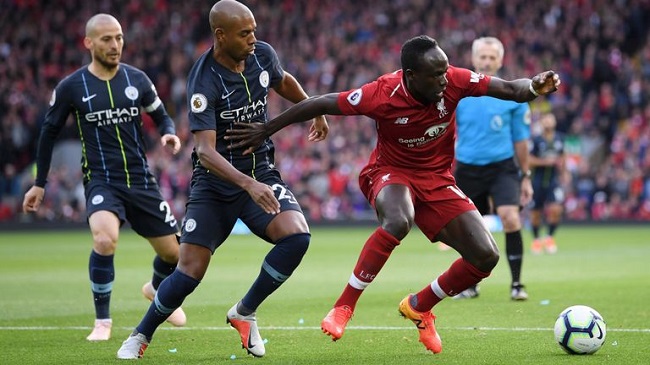 PrimeNewsGhana, therefore, previews the biggest clash so far of the 2018-19 Premier League season.

Ilkay Gundogan is set to return for Manchester City after being on the sideline at Southampton and Kevin De Bruyne is also fit after sustaining a muscle injury.

Left-back Alberto Moreno has recovered from a back complaint, while Jordan Henderson and Naby Keita are among those in contention for a recall.

The reverse fixture between the two giant clubs ended in stalemate as Mahrez missed a penalty for Pep Guardiola's team.

If Liverpool win, they will be a massive 10 points clear of the champions and know they are within touching distance of the title they have waited so long for. Also If City win, however, that aura will instantly evaporate. The situation will be totally transformed. Manchester City, who have conceded six goals in three games can and will not keep a clean sheet against Liverpool attackers who put four past Arsenal in their previous game.

Pep Guardiola's record is also astonishing as the Spanish manager have never lost back to back home games in his managerial career. Pep has lost seven matches against Jürgen Klopp, more than versus anyone else in his managerial career. The pair have faced each other 15 times, with Guardiola winning five (excluding penalty shootouts). A dicey match but Man City will throw everything at Liverpool to avoid a defeat.