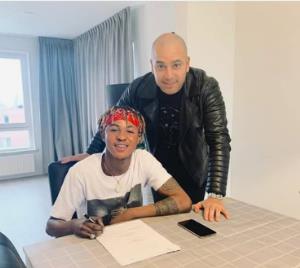 The Machester City star who is currently playing on loan for Nac Breda signed an undisclosed contract with Puma and has expressed his delight have penned the deal.

"Am very grateful and excited to be powered up and part of the PUMA football. Thanks for believing in me and being part of my humble journey".

Aminu Mohammed was part of the Black Starlets team that reached quarter-finals the FIFA U17 World Cup in India in 2017.