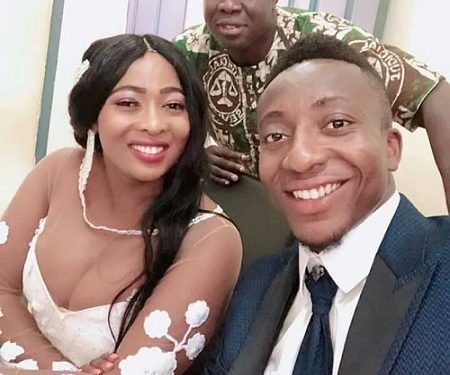 Annan who doubles as the skipper of the Porcupines in January left the lonely train of bachelorhood to tied the knot with Francisca Yeboah.

Recounting how met his wife, the shot-stopper said social media did the trick for him. According to him, social media is useful when it is put to good use.

“Social media can be useful when put to good use. I met my wife on Facebook. I was so open with her that she took a train from Italy to Switzerland to meet me when I was on a training tour with.

“I met her through Facebook in 2009. We started being friends but it was until six years, that we started to plan everything, ” he said on Kumasi-based Opemsuo Radio.

“Social media is good but it depends on how you use it. For me, It has been good because my wife has done so many sacrifices.” 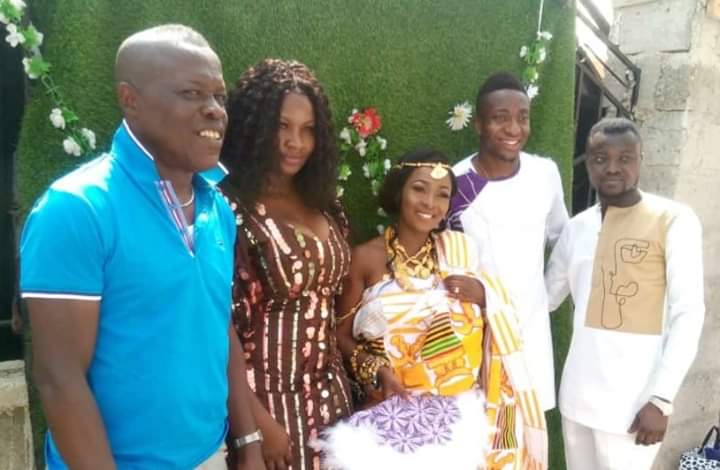 The wedding ceremony took place at Dormaa on Saturday, January 18, 2020, with a huge attendance from family and friends, management members, technical team members, club administrators, as well as players of the Porcupine Warriors.

Felix Annan who began the season as the Kotoko no.1 goalkeeper lost his place to Kwame Baah after getting married.

He was in post for the opening 4 matches of the season before taking a leave to go and tie the knot with his girlfriend.

However, he has insisted that he is completely focused on regaining a starting place in Maxwell Konadu's side when the season resumes.