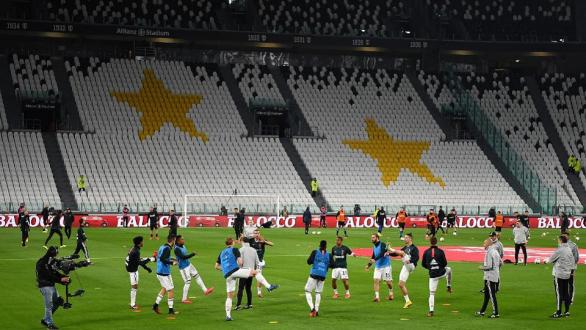 SERIE A will reportedly ban fans from attending games until 2021.

It comes after federation president Gabriele Gravina confirmed plans to resume action in May.

Serie A has been on holdÂ since early March after Italy became the first European country to strongly suffer the effects of coronavirus.

There are still fearsÂ the campaign could be scrapped.

But players could start to train next month with the hope of resuming matches shortly afterwards and some reports even suggests all 20 teams couldÂ relocate to Rome for a gladiatorial battle.

Gravina said: â€œAs soon as the conditions are right, weâ€™ll finish the championship.

â€œSoon there will be a meeting. We will establish the procedure which we will then communicate.

â€œWe will start, I hope, at the beginning of May with tests to ensure that players are negative and training can follow.

â€œWill we play through the summer? We donâ€™t have a deadline but the idea is to finish the championships.â€

However, Italian football supporters will have to make do with watching games on TV for the remainder of the year.

Lockdown restrictions could be eased in May, with people currently not allowed to leave their homes unless they need essentials.

But the government does not want to risk more problems by allowing football fans to gather in close proximity.

And it will be until January next year at the earliest when football stadiums in Italy can open their doors to the public again.