Covid-19: Italian Football Federation hopes to test players in May before season restart 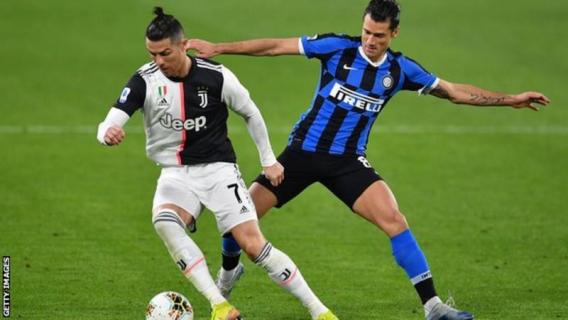 The Italian Football Federation hopes that players can be tested for coronavirus at the start of May in preparation for the season to restart.

Serie A has beenÂ suspended since 9 MarchÂ because of the global pandemic.

There is no set date for when the campaign can resume in Italy, with 12 full rounds and four outstanding fixtures still to play.

"As soon as the conditions are right, we'll finish the championship," said federation president Gabriele Gravina.

Speaking to Sky Sports Italia, he added: "Soon, there will be a meeting. We will establish the procedure which we will then communicate.

"We will start, I hope, at the beginning of May with tests to ensure that players are negative and training can follow.

"Will we play through the summer? We don't have a deadline but the idea is to finish the championships."

Italy has been one of the countries hardest hit by the coronavirus crisis, and players at a number of clubs have been infected.

Juventus lead the Italian top flight, one point ahead of Lazio and nine clear of third-placed Inter Milan.

Brescia president Massimo Cellino, whose side are bottom of the table, has said he isÂ ready to forfeit the club's remaining gamesÂ if the season resumes.