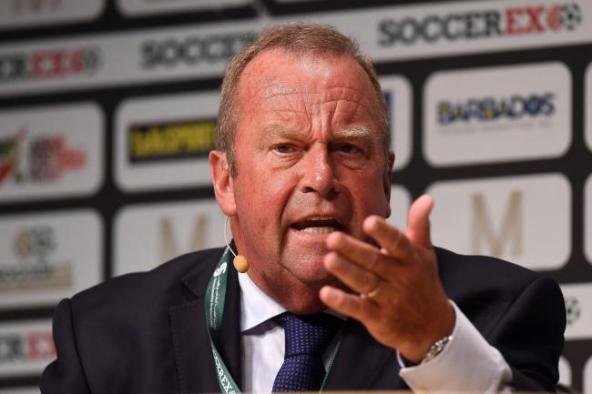 FIFA's medical chief has warned that restarting the current football season in the coming weeks could cause a deadly second spike of the Covid-19 pandemic.

Michel D'Hooghe believes football should not resume until the 'end of August or beginning of September' with a fresh season as rushing back risks serious consequences.

Germany's Bundesliga has plans in place, subject to approval from the federal government and state health authorities, to get going again on May 9.

The Premier League, meanwhile, are working towards trying to conclude the 2019-20 season in June and July.

However, France has cancelled the remainder of the 2019-20 season in Ligue 1 and Ligue 2 with Prime Minister Edouard Philippe set to announce football games - even behind closed doors - will not be allowed before August.

Speaking to The Daily Telegraph, D'Hooghe said: 'We are all subject to decisions at national level from the public authorities. It is very simple. Football suddenly becomes not the most important thing in life.

'I will be happy if we can start, in a convenient way, the next championship and have nothing before the start of next season.

'If they could start the season 2020-21 end of August or beginning of September I would be happy. Then they could eventually avoid a second attack from the virus, which is not impossible.

'Everyone has to be very careful for the moment. I have heard in many countries they are thinking about playing football again, with or without the public.

'In my long career I have seen many situations where there has been a balance between economic and health. Mostly the economics won, whether that was about jetlag or football at altitude or in extreme conditions such as pollution situations.

Various countries are tentatively starting to lift lockdown restrictions that have been in place for several weeks though social distancing rules remain in place.

D'Hooghe expressed concern that players on a football field would not be able to adhere to these rules and sees teams changing and showering together as another problem.

He is also worried that players spitting on the ground causes a potential issue when it comes to spreading the virus.