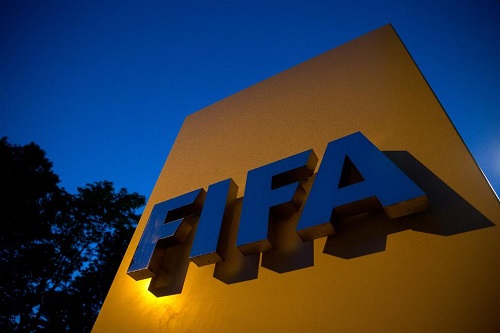 FIFA have recommended that all international fixtures scheduled to take place inÂ March and April to be postponed due to coronavirus.

In a statement issued by the world football governing body, FIFA further gave permission to Clubs to decline international call-ups by the various national teams.

â€œIn light of the current situation concerning the Coronavirus, the Bureau of the FIFA Council has decided that the general football rules which normally oblige clubs to release players for national team matches will not apply for the up-coming international windows in March/April,â€ an official FIFA statement read.

â€œThe situation is rapidly evolving across the world and various international travel restrictions have already been imposed by different public authorities.â€

However, it is not just for health reasons that the governing body are suggesting a postponement, but for sporting reasons as well, with some national teams potentially at a disadvantage if they are unable to call on their best players.

â€œFIFA understands that to hold the matches under current circumstances might not only present potential health risks to players (and to the general public) but would also, most likely, compromise the sporting integrity of such matches insofar as certain teams may be deprived of their best squads whilst others may not,â€ the statement continued.

â€œTo avoid any unnecessary health risks and also situations of potential sporting unfairness, we therefore recommend that all international matches previously scheduled to take place in March and April should now be postponed until such time that they can take place in a safe and secure environment, both for players and for the general public. The final decision on this issue rests with the respective competition organisers or relevant member association in case of friendlies.â€

â€œThe qualifying matches for the FIFA World Cup in both Asia and South America have already been postponed following consultation between FIFA and the Confederations concerned,â€ the statement read.

â€œIn consultation with the confederations and relevant stakeholders, FIFA will be studying the possibilities for re-scheduling any postponed matches and is confident that with goodwill and flexibility from all sides, appropriate solutions will be found to allow the matches to take place in due course and with minimal disruption.

â€œWe are working in close cooperation with relevant national and international public health authorities (most notably the World Health Organisation) and, taking into account the expert advice that we have received on the matter, we consider this measure and recommendation to be the most appropriate and responsible step to take under the current circumstances.â€

The Confederation of African Football, CAF on Friday postponed the upcoming AFCON 2021 qualifiers slated for this month. Also, UEFA announced that all its competitionsÂ including Champions League and Europa League matches due to be played on 17 and 18 March, have been postponed because of the coronavirus outbreak.