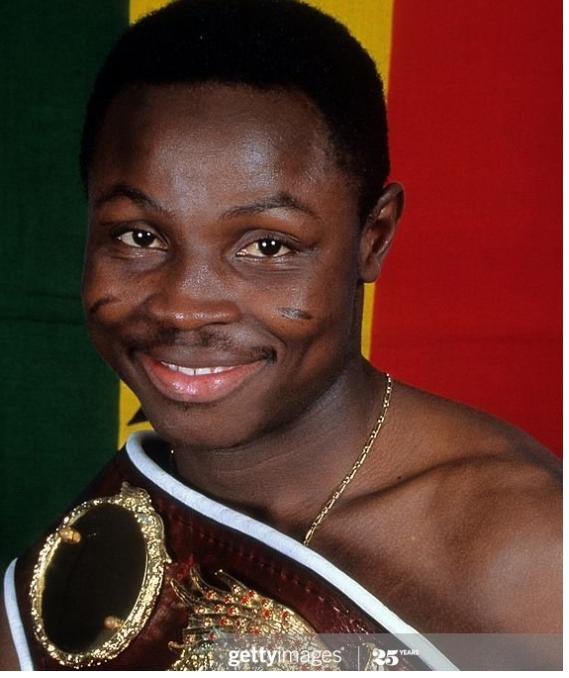 The former boxer affectionately called 'Cobra' passed away on Tuesday, June 30, 2020 in Bronx, New York after battling with illness.

Kotey who died aged just fifty-two, represented Ghana at the Seoul Olympics in 1988 and made his debut in Accra in November 1988. During his career, he was a WBO world champion and held the WBC International title. 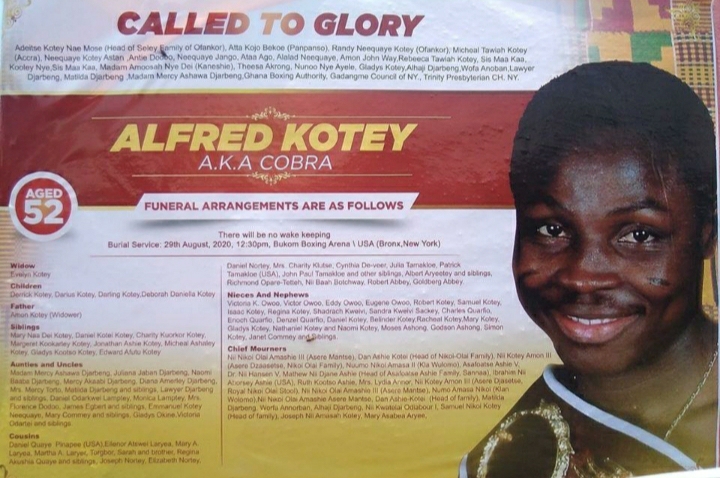 The Cobra fought 43 times, winning 26, drawing once and losing 16 times during the entirety of his professional career.

He left behind a wife and four children; Derrick, Darius, Darling and Deborah. Burial Service and Funeral Rites in Ghana comes off at the Bukom Boxing Arena on the same day Saturday at 12:30 pm.