France to allow up to 5,000 fans to watch sport in stadiums 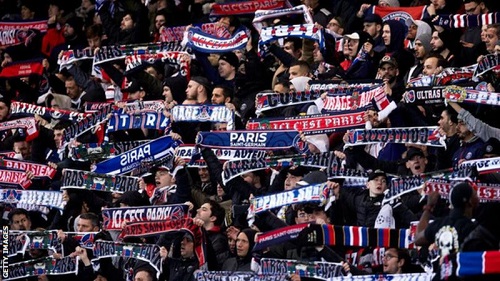 Stadiums in France will re-open to fans on July 11 as the country continues to lift measures imposed to contain the COVID-19 outbreak, the government said on Saturday.

A maximum of 5,000 fans, however, will be allowed in the arenas - a restriction that could be eased later in the summer with the new season due to start on the weekend of Aug. 22.

The French Cup and League Cup finals could now be played with spectators and fans will also be able to watch their teams play pre-season friendlies.

“A further review of the national epidemiological situation will be carried out in mid-July to decide whether a loosening is possible for the second half of August,” the government said.

“Subject to a new assessment of the epidemiological situation, the start of the new school year may be marked by further easing of the restrictions.”

Lyon president Jean-Michel Aulas has continued his fight against the decision to end the Ligue 1 season early with a letter to the French government.

Aulas’s side were among the biggest losers from the decision to end the campaign as, with the table finalised on a points-per-game basis, they remained in seventh place – missing out on European qualification for the first time this century.

Across Europe, a number of leagues including the Eredivisie, Belgian Pro League and Scottish Premiership have ended their seasons while the Bundesliga has led the way of those looking to get back underway.

Aulas clearly believes the decision was made prematurely, and he is still hoping it can be reversed and the end of the season played out.

He sent a letter beginning: “Open letter to the Prime Minister and the Minister of Sport so that June 2 is synonymous with hope for French football.”

Aulas made the point that nothing had obliged the French government to make their decision curtailing the season so quickly, and that UEFA had not put pressure on national associations to set a deadline for the end of competitions.

He also expressed his regret that the LFP (Professional Football League) did not wish to discuss an alternative format to finish the season, and that the final standings had been worked out on a points per game basis.

Aulas was also keen to point to the examples of other countries where authorities are trying to finish seasons on the pitch, and stressed his concerns about the financial impact of the decision on clubs and French football as a whole.

The Lyon president also complained that there had been no possible appeal against what he saw as an “unjust decision”.

Aulas concluded: “Mr Prime Minister, Madam Minister of Sports, June 2 will allow the organisation of the relaxation of lockdown, to bring into line the decisions relating to collective worship, horse racing or even the next municipal elections.

“Many developments and hopes are expected on this date for France to finally regain a positive dynamic.

“Could we imagine that June 2 is also a great opportunity to rectify the error concerning French football and allow, with a health protocol used everywhere, to give the starting point for a gradual resumption of training (in June) and, why not, a resumption of the 2019-20 league season in the months of July or August as specifically suggested by UEFA on April 21 and since confirmed by Aleksander Ceferin by mail on May 14?”