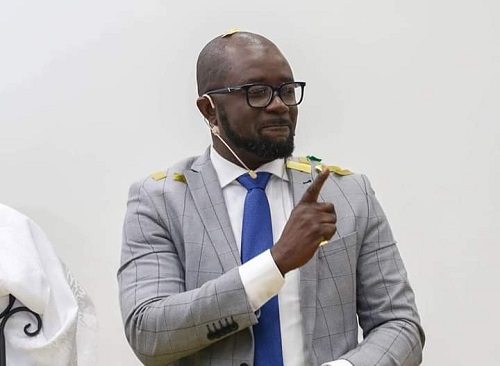 Kurk Okraku has been elected the President of Ghana Football Association for the next four years.

It is the first time in over 13 years that the GFA have had a President other than Kwesi Nyantakyi.

With no candidates getting the 50% plus one vote it forced for a runoff.

This forced elections into the third round.

George conceded defeat midway into the third run of voting.

However, the voting went ahead with Mr Kurt Okraku as the sole candidate which saw him secure 93 votes to emerge as the winner of the elections.

Under the new GFA statues, a President can occupy the position for only a 2-term of office of 4 years of which he cannot compete again.

With the election of the new leader, it brings the work of the interim body, the Normalisation Committee to an end who have been in office for over a year.