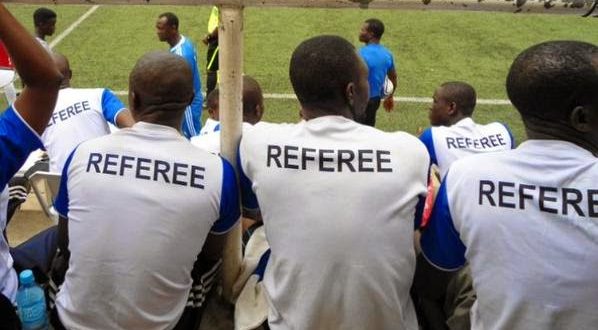 The Ghana Football Association (GFA) has announced that they have settled the arrears owed referees in the truncated 2019/20 season.

According to the GFA, Match Commissioners, Cameramen and Venue Media Officers are part of the stakeholders whose allowances have been paid in the cancelled 2019/2020 season.

A statement from the country's football governing body said: "The Ghana Football Association wishes to announce that all allowances due referees, Match Commissioners, Cameramen and Venue Media Officers in the cancelled 2019/2020 season have been paid.

This clears the way for the new season that is set to kick off on Saturday, November 14, 2020 in line with the new GFA Refereeing Policy.

Referees, Match Commissioners and other service providers in Premier, Division One and Women’s Premier League were owed some allowances for officiating in the 2019/2020 season that got cancelled on June 30, 2020 as a result of the coronavirus pandemic.

The GFA would like to thank all Referees, Match Commissioners, Venue Media Officers and Cameramen and Women for the enterprise they put in to ensure the success of our matches."