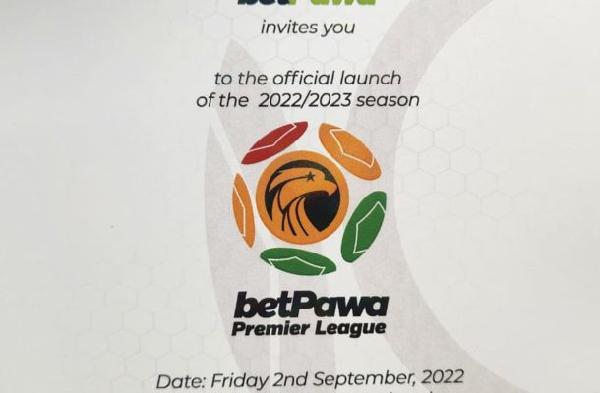 The 2022/2023 League season would be officially launched on Friday, September 2, 2022 at the Accra International Conference Centre.

The Ghana Football Association will be launching the football season in collaboration with Premier League sponsors betPawa.

The betPawa Premier League will usher in the new football season on the weekend of September 9-12, 2022.

Other products of the GFA, namely, Malta Guinness Women’s Premier League, Access Bank Division One League, the MTN FA Cup and the Women’s FA Cup would be duly launched on the night.

The event will be live on Max TV, Startimes Adepa Channel 247 and all GFA social media platforms.

Members of the media are respectfully invited to cover the event, which will have distinguished guests and Members of the football fraternity in attendance.