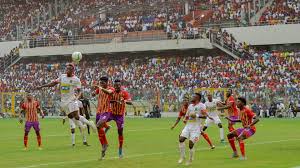 The Government of Ghana has announced the return of spectators to the various football centres across the country.

The Ghana Premier League has been played for seven weeks by clubs without fans as part of the Government's measure to control the spread of the novel Coronavirus.

A letter signed by the Minister of Youth and Sports, Isaac Asiamah stated that all stadiums will be limited to twenty-five percent (25%) capacity.

A ban was imposed on football and other contact sport due to the spread of the Coronavirus in March but was lifted after six months. 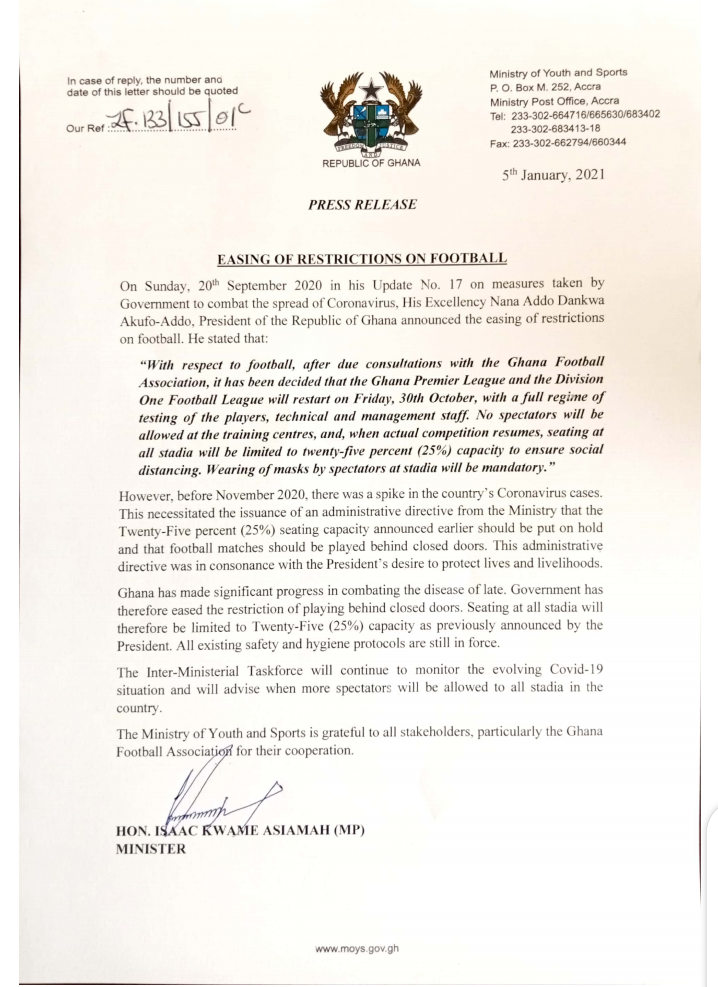