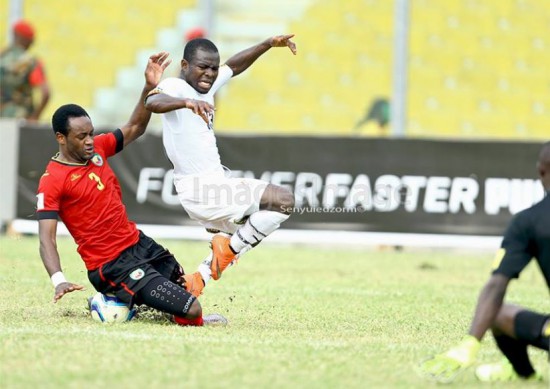 Ghana produced an uninspired display to dispatch Mozambique 3-1 and inch closer to the 2017 Africa Cup of Nations with a performance which begs for several questions.

In-form Anderlecht winger Frank Acheampong gave the Black Stars an early lead to signify the start of baptism of fire for the basement side.

But a lackluster display from the team dominated their play in the first half with Acheampong missing two golden opportunities to increase the tally.

The four-time African champions resumed with second half revitalized and defender John Boye put his team 2-0 ahead with a header.

The persistence from the Turkish-based defender paid off as Zainadine Juniorâ€™s clearance ricochet off Boyeâ€™s head for the second â€“ his fourth international goal.