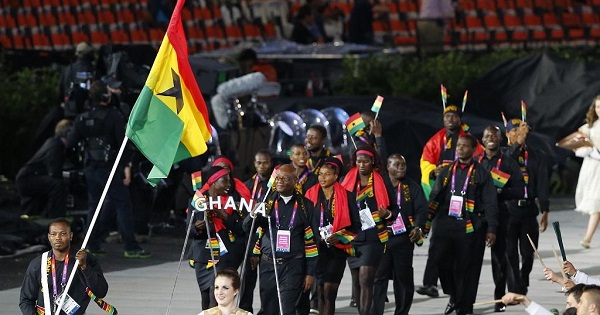 The Association of African Federations has threatened to withdraw the 2023 African Games which will be hosted by Ghana.

The Body claims it has not been involved in the planning of the games.

He added that in no time the differences among the parties will be resolved .

Nonetheless, we on our part believe that these issues can be resolved. We have meet the President and effort are being made to get the issues resolved.

The LOC of the 13th African Games together with the President of Ghana, Akufo-Addo on December 16, 2021, launched the official logo, mascot and website for the upcoming events at the Grand Arena of the Accra International Conference Centre (AICC).

The official Mascot for the 13th African Games, Accra 2023 is an “Eagle” adorned in a symbol for the traditional authority of Ghana and the Flag is a symbol of our Nationhood.

The triplets, [Logo, Mascot and Website], were named as ‘Oko’, ‘Akweley’ and ‘Tawiah’ respectively to be identified for the Games into the family of Ghana Sports.

This, according to the local organization committee, outdooring of the Logo, Mascot and Website for the 13th African Games is to cement the commitment of the government and the people of Ghana, to host and organise the biggest sporting event in Africa, come 2023.

Also, the LOC revealed the various sporting disciplines to participate in the August 2023 event.