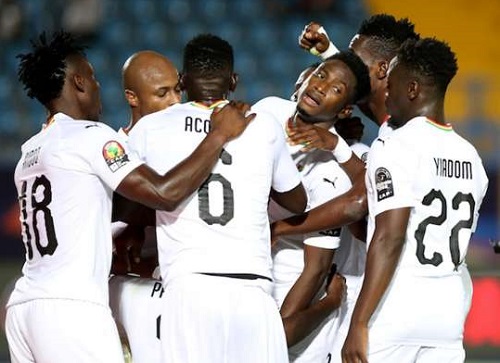 Black Stars of Ghana have dropped a single spot to 51st in the latest FIFA World Rankings released on Thursday.

The four-time African champions have not been in action since the disastrous AFCON 2019 tournament.

Belgium remains top of the overall rankings with the top 10 remaining unchanged. However, there was some movement, with France (2nd) and Brazil (3rd) trading places.

The Cayman Islands (193rd, up 11), and Grenada (160th, up 13) emerged the joint-biggest climbers by points, reaping the rewards after their successful showing in the Concacaf Nations League, with Grenada’s 13-place surge making them September’s highest climber by ranks.

Meanwhile, Kosovo (119, plus 1) have been rewarded for their valiant showing in UEFA EURO 2020 qualifying by reaching their best-ever position in the FIFA Ranking.

The next FIFA/Coca-Cola World Ranking will be published on 24 October 2019.

FIFA publishes an updated ranking each month, taking into account FIFA-recognised games that have been played during the course of the previous month.

It was first introduced in December 1992, undergoing a number of changes since its inception, and it has frequently attracted criticism from fans as well as those directly involved in the game.

In theory, the calculation procedure means that the most successful teams will rise to the top of the ranking.