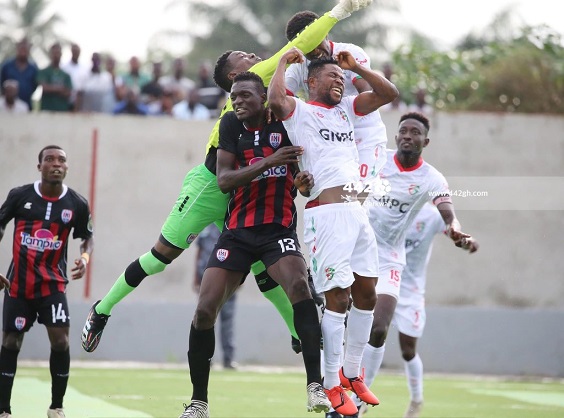 The Ghana Football Association (GFA), has announced that some changes have been made to the fixtures for Match Day Four.

The changes include the postponement of Asante Kotoko and AshantiGold's games against Medeama SC and Bechem United respectively.

Per the new schedule, there will be one game on Thursday, December 03, two games on Friday, three on Saturday and one on Sunday, December 06, 2020.

The games would be played as follows: 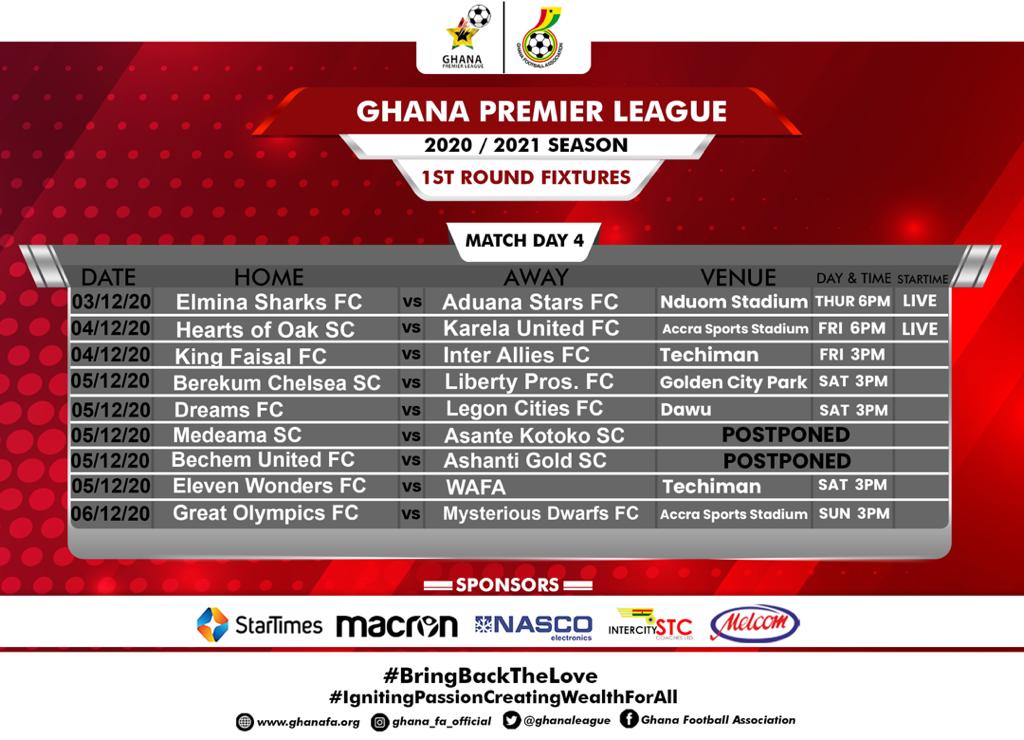 Meanwhile, The Ghana Football Association (GFA) through a statement on Monday announced that they have postponed some matches of the 2020/21 Ghana Premier League indefinitely.

According to the country's football governing body, the decision is due to the upcoming December 7 general elections as well as Asante Kotoko and AshantiGold's participation in the CAF competitions.

In the said statement it further revealed a new date would be announced for the fixtures that have been postponed.

"The Ghana Football Association would like to hereby inform Premier League clubs and stakeholders that five fixtures have been postponed indefinitely.

This is because of the 2020 General Elections scheduled for December 07, 2020 as well as Asante Kotoko SC and AshantiGold’s involvement in the 2020/21 CAF Inter club competitions.

The games are as follows:

A new date would be communicated in due course.  All stakeholders are to take note and act accordingly."