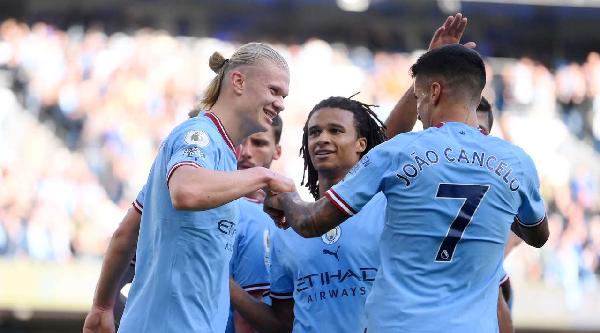 Erling Haaland was on target as Manchester City breezed past a struggling Southampton on Saturday afternoon in a 4-0 thrashing.

Joao Cancelo opened the scoring after 20 minutes with a drilled effort across goal, before Phil Foden exquisitely lifted the ball over Gavin Bazunu to double Man City’s lead.

Four minutes into the second half, Riyad Mahrez latched on to the end of a delightful Rodri dinked cross at the back post to stretch the host's advantage to three.

Haaland inevitably had his say after he missed a string of big chances throughout the game, and finished a low-driven Cancelo cross with force to put the game beyond any doubt.

City controlled the remainder of the second half, and Southampton struggled to get out of their own half as the game wound down.

The win means City move to the top of the table whilst Southampton’s fourth straight defeat leaves them a point clear of the danger zone.