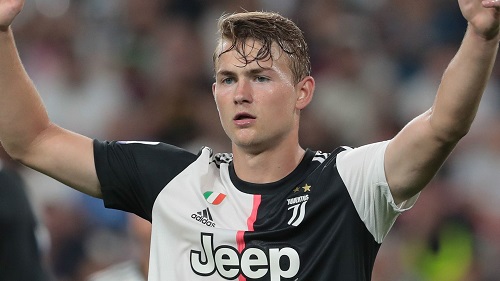 Juventus defender Matthijs de Ligt has hit back at claims from Netherlands legend Patrick Kluivert that he regrets picking Juventus over Barcelona.

The 20-year old during the summer was heavily courted by clubs which included Barcelona but the Netherlands international made the move to the Seria A giants in a 5-year deal worth €75million.

A move Patrick Kluivert believes the De Ligt may now be second-guessing his transfer choice.

"I would not say I tried to convince him, I could only tell him very good things about both Barcelona the city, as well as the club," Kluivert told Mundo Deportivo when asked about talks he held with De Ligt.

"But in the end it is the player and his agent who decide. Of course De Ligt is a great defender, but in the end he made a choice. I think he is a little sorry, but it is what it is.

However, the young defender has stated that he is happy about his move to the Old Ladies and reports circulating about his unhappiness are untrue.

“I don’t regret the fact that I have moved to Juventus,” the 21-year-old told Voetbal Primeur. “They are saying and writing a lot of stuff.