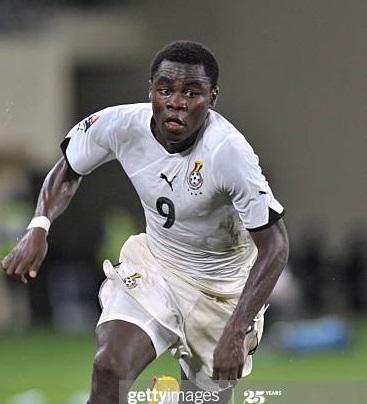 Former Black Satellites forward Opoku Agyemang says he has spent more than $100,000 on his persistent injury but to no avail.

Agyemang who is a progeny of Ashanti Gold was part of the Black Satellites team that won the 2009 FIFA Youth Championship in Egypt.

Many tipped him for greatness but he failed to realise that dream as he has been plagued by series of injuries.

He disclosed that he has not even been able to play football since 2012.

The former Ashgold attacker got a long-term injury when he was sidelined for eight months in 2010 after tearing anterior cruciate ligaments (ACL) which ruled him out of the 2010 Fifa World Cup finals.

Agyeman returned to feature for his club side Al Sadd in the Asian Champions League for 44 minutes.

On July 1, 2012, Agyemang signed for Bulgarian side Levski Sofia but had his contract terminated due to health problems.

Opoku Agyeman now 30, has sadly spent his prime years on the treatment table due to series of injuries, hopefully, he might get another shot at playing regularly again.

He was even part of the Black Stars side that won silver at the 2010 Africa Cup of Nations.