I left Deportivo Alaves for China because of money - Wakaso 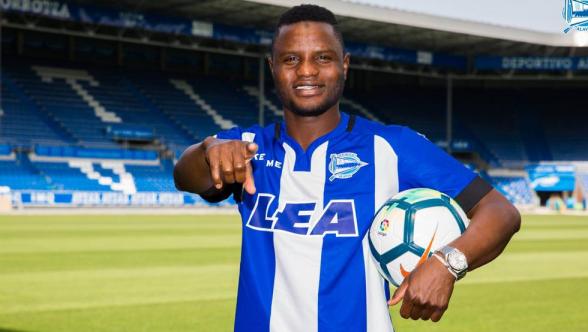 The 29-year has not featured for his new club ever since making the switch due to the global coronavirus pandemic that has brought sporting activities to a halt.

Speaking in an interview, the midfielder revealed that the money offered by the Chinese club was too good to turn down.

â€œThe truth is one, I went to china because of money," Wakaso said.

"I consulted and got many suggestions when I asked peopleâ€™s opinion about the china move, I decided to go there because of the money involved Aside from the money, am going to play football there.

"The Chinese want to develop their league hence all the big signings, so people should understand that football is been played at china."

Meanwhile, Wakaso has waded into the Cristiano Ronaldo and Lionel Messi debateÂ Â as to who is the better of the two. The Ghana international has faced the two countless times during his stay in Spain.

According to him, the Barcelona talisman Messi edges Ronaldo.

â€œAnytime I am asked this question I will be honest, I have played against the two players and I will say itâ€™s difficult to stop Messiâ€, he told Angel Sports.

â€œIt is extremely difficult to predict Messi when he is on the ball. I like the two players and they both have a different style of playâ€.