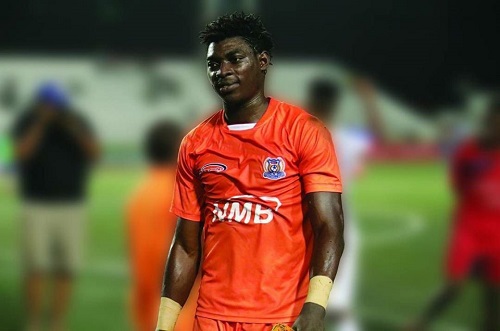 Tanzania-based Razak Abalora has vowed to nail down the number one goalkeeping spot for Black Stars after earning his first call-up to the senior national team.

The former WAFA SC is among the seven players coach Kwesi Appiah has handed them their debut call-ups as Ghana prepares to take on South Africa and São Tomé and Príncipe on November 14 and 18 respectively for the AFCON 2021 qualifiers.

He will be battling with Maritzburg's Richard Ofori and Asante Kotoko's Felix Annan for a starting berth in the Black Stars' doubleheader slated for next month.

Despite the stiff competition at the goalkeeping department, Abalora welcomes the challenged and says he is the best among them.

He further stressed that he is excited about the opportunity being given to come and don the national team jersey as it is every player's dream.

"It was a great feeling when I saw my name in the final 23 man squad because it's every player's dream to be in the National team,"Abalora told Kumasi-based Ashh FM.

"I will give my best to the team and I know my performance will keep me in the team when I get the opportunity to start for the National team."

"In terms of football and talents, Ghana is ahead of Tanzania but in terms of facilities and salaries, Tanzania is far ahead of Ghana."