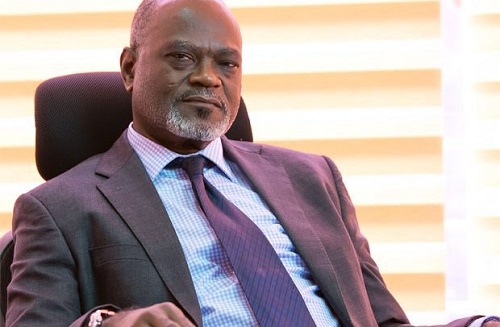 Dr Kofi Amoah says he is happy for the opportunity given him to help reform Ghana football.

According to the chairman of the Normalisation Committee, getting an opportunity to serve your country is something which one needs to be proud of.

“I am elated that a problem arose in my country, and I was called to help solve it,” he said.

“I feel proud. Before accepting something like that, you must commit yourself, and we committed ourselves.

“The bottom line is that once we took such a matter of national and international interest, we committed ourselves.

“I’m very happy and proud for the opportunity to do the work,” he added.

The work of the Normalisation Committee has come to an end following Kurt Okraku being elected the president of Ghana Football Association after Friday's election at the College of Physicians and Surgeons.

The foundations of Ghana football were brought to its knees when ace investigative journalism Anas Aremeyaw Anas released a documentary titled Number 12 which exposed corruption in the game.

The expose led to the banning of referees and then president of GFA Kwesi Nyantakyi from all football-related activities.

The Normalisation Committee was then instituted by FIFA to run the daily affairs of the GFA, to review the statutes and organise elections.

The interim body has run Ghana football for the past 13 months, in which they organised the novelty competition, the Normalisation Committee Special Competition.