I was jealous of GFA Presidential election - Nii Lante Vanderpuye 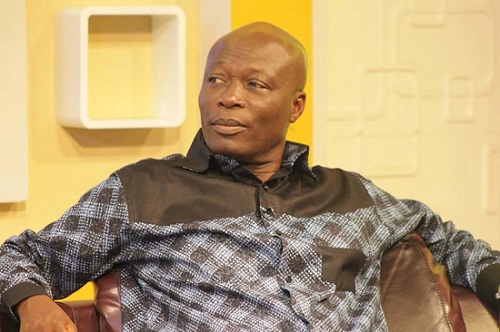 Ghana football on Friday, October 25 at the College of Physicians and Surgeons in Accra had a new leader after delegates gave the nod to Kurt Okraku to run GFA for the next four years.

It came down to the wire and was a straight fight between Kurt Okraku and George Afriyie but the latter conceded and Kurt was declared winner having secured 93 votes as the sole candidate.

According to the Member of Parliament for Odododiodio Constituency, having a new leader after months of Normalisation is a good thing for Ghana football and the way delegates comported themselves juxtaposing it to the National elections made him jealous.

He further lauded the delegates for being more diplomatic.

"It is good for Ghana football, I thank God that we've gone through a very good election, I want to say the election itself was orderly,'' Nii Lante told Citi FM.

"People conducted themselves very well and as a politician, I was envious of the sort of atmosphere I saw as compared to what we see when we are having our elections."

"I thought football was more passionate than politics, I thought people conducted themselves and I want to congratulate them.

I think the football people were eager to their football back, so they conformed to all orders and instructions that were given to have a successful congress."