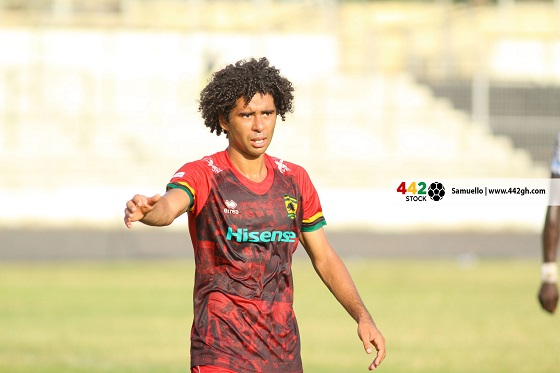 Asante Kotoko Brazilian midfielder Fabio Gama says local coaches must improve upon their tactics as he described the Ghana Premier League as a 'tactically poor league.'

The 28-year-old who has played in his native Brazilian league, the Swedish League insists that football in Ghana is purely physical as players and coaches lack tactical awareness after playing two seasons in the Ghana Premier.

"Tactically the Ghana Premier League is poor, the Ghanaian coaches focus too much on physicality, he told Otec FM.

I think Ghana coaches should study more, they should go to Europe and study to bring it to the country.

If you compare it with European football Ghana is far behind.

Meanwhile, Gama's Kotoko will be crowned as champions of the 2021/22 Ghana Premier League season on Sunday June 12, 2022 when they host Elmina Sharks FC on Matchday 33.

The match will kick-off at 6pm at the Baba Yara Stadium in Kumasi.