Kotoko to be awarded Ghana Premier League trophy on June 12 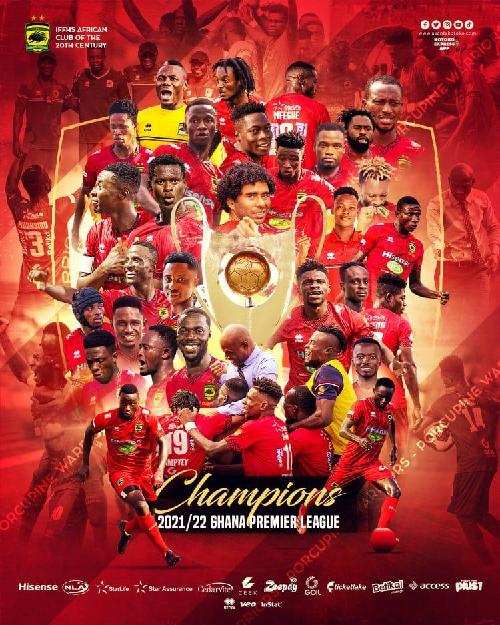 The Ghana Football Association will be crowning Asante Kotoko SC as champions of the 2021/22 Ghana Premier League season on Sunday June 12, 2022 when they host Elmina Sharks FC on Matchday 33.

The match will kick-off at 6pm at the Baba Yara Stadium in Kumasi.

The Porcupine warriors have emerged as winners of the league with three more matchdays to the end of the season.

After a 1-1 draw with Ashantigold SC on Thursday Asante Kotoko currently have 60 points, 10 more points than second-placed Bechem United FC.

Officials of the GFA will be at the Baba Yara Stadium to present the GPL trophy and medals to the players and technical staff of the club.

The Club will also be presented with the prize money for winning the league.