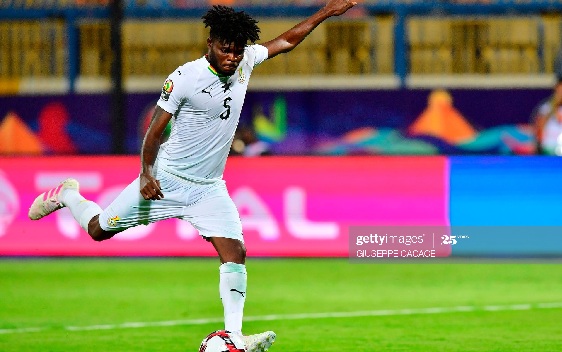 Atletico Madrid ace Thomas Teye Partey says it's a big honour for him to be named Black Stars deputy captain.

Black Stars head coach Charles Kwablan Akonnor on Sunday named his captain and two deputies as he bids to win the 2021 Africa Cup of Nations tournament and qualify the Black Stars to the World Cup in 2022.

According to the coach, Andre Ayew remains his captain while Thomas Teye Partey and Richard Ofori are his 1st and 2nd Vice-Captain respectively.

“The Technical team of the senior national team, the Black Stars, upon a broad consultation, has maintained Andre Ayew as Captain of the side.

“In a related development, Thomas Teye Partey of Atletico Madrid has been appointed as 1st Vice-Captain while Richard Ofori steps in as 2nd Vice-Captain”, a portion of a statement from GFA read.

Speaking for the first time after being handed a leadership position under new Black Stars trainer Charles Kwablan Akonnor, Partey said he accepts the position and he's thanked the technical team for the trust reposed in him.

“It is a big honour to be chosen for this position in the national team. Thanks to the technical team for making me one of the leaders of our beloved national team”

He further congratulated the other captains and pledged his readiness to continue working for his motherland. 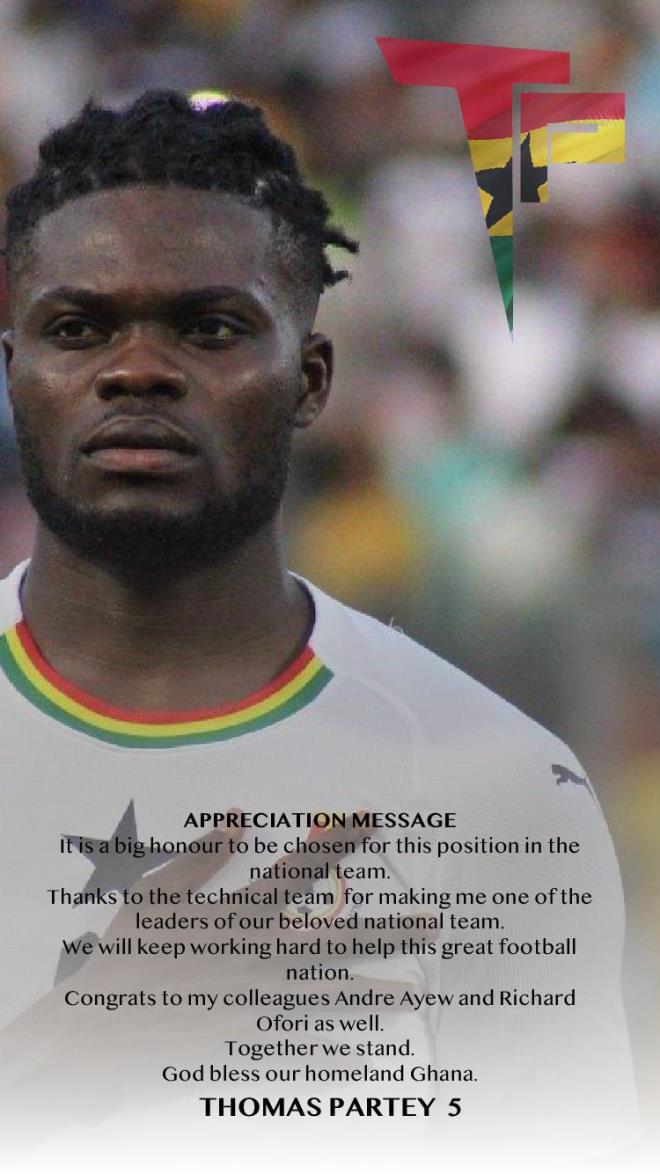