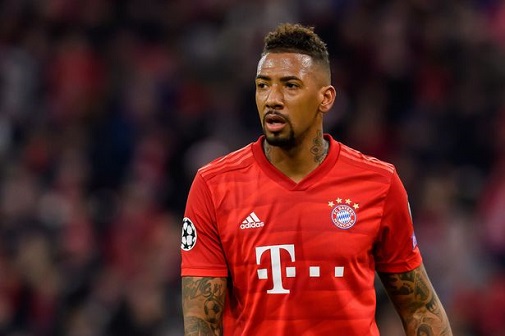 Jerome BoatengÂ has labelledÂ Bayern Munich'sÂ decision to fine him for visiting his sick son duringÂ coronavirusÂ quarantine as 'sad'.

The German defender broke government rules by leaving Munich to take the four-hour trip to see son Jermar, 4, in a hospital in Leipzig.

Bayern were alerted to Boateng's decision when the 31-year-old crashed his Mercedes on the journey back.
Â

Boateng was said to have been caught in a hailstorm, which led to his car skidding off the motorway and into a crash barrier, causing Â£22,000 worth of damage to his vehicle.

Bayern issued a fine to Boateng as they ruled he had "transgressed the guidelines issued by the club by being too far away from his home."

The centre-back - who escaped the crash unscathed - has since responded by accepting his fine, but justified his actions with a swipe at the club.

"I know that it was certainly a mistake not to inform the club about my trip, but in the moment I only had my son in mind,â€ Boateng told German newspaperÂ Bild.

â€œHe was not in good health. When a son calls his father, of course I will still go, no matter what time.

â€œFor him I accept any punishment; after all, he is my son.

â€œI want to see the father who does not go in such a moment to be with his four-year-old son. If there is a punishment for it, then I respect it. I find it sad."

Boateng's gripe with Bayern could have ramifications for the future, given his links with a transfer to the Premier League.

ArsenalÂ andÂ ChelseaÂ have both reportedly made enquiries regarding Boateng in recent months.

But Bayern stood by their punishment, and defended they were merely upholding government rules by adhering to the lockdown.

Their statement read: "The guidelines govern the behaviour of the FC Bayern players in the current situation in line with the Bavarian state governmentâ€™s directives on restrictions on movement and the recommendations of the health authorities.

"FC Bayern believes the club has a responsibility to be a role model."