Johnson Smith opens up on Kotoko's victory over Dwarfs 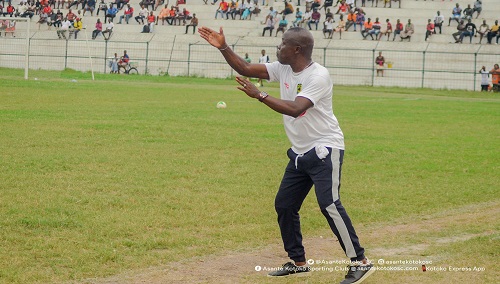 Asante Kotoko deputy coach Johnson Smith has opened up on his outfit victory over Ebusua Dwarfs yesterday in a warmup friendly.

The Porcupines recorded victory over the Cape Coast side at the Robert Mensah Stadium courtesy goals from Emmanuel Gyamfi and Songne Yacouba either side of the half.

Speaking after the game Johnson Smith said despite the win the team will be going to the drawing board to correct certain mistakes as the battle Skyy FC tomorrow.

"We played and possessed very well but didn't utilise the spaces we created in the opponent. We should have played more direct defence-splitting passes for the strikers to feed on. We will correct that against Sky FC on Sunday," he told Kotoko Express App.

Asante Kotoko will play Hearts of Oak in the replay of the President Cup in Accra on December 15 before the Ghana Premier League kicks off on December 28.