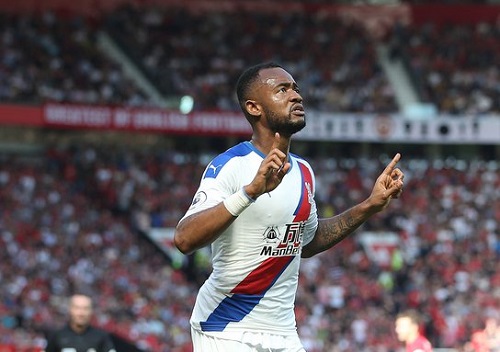 The Eagles defeat Manchester United 2-1 at OldÂ Trafford to secure their first win of the 2019/20 Engish Premier League season.

Jordan Ayew fired Roy Hodgson's men ahead in the 32nd minute after compatriot Jeffrey Schlupp flicked a header onto his path.

Ayew's goal shattered anÂ Old Trafford record, ending the Eagles' abysmal 39-year run of having found the back of the net sinceÂ David Swindlehurst last managing the feat in 1979.

United leveled things up in the 89th minute through Daniel James before Van Aanholt scored in added time to give Palace a famous 2-1 victory.

Speaking to Palace TV, the 27-year-old who was restored to the line-up after not featuring against Sheffield United welcomed the competition between himself and Christian Benteke and thanked his teammates for the all-important victory against the 20-time Premier League champions.

"We are happy; I think we put in a good performance. And now we just need to enjoy the moment because it is not easy to come and win at Old Trafford.

"Iâ€™m a striker, so Iâ€™m happy to score; we are all together, me and Christian, itâ€™s a good competition [between us].

"To come back and score a goal is a good thing for me, but like I said it was to do with teamwork. Got to congratulate the guys for the three points."