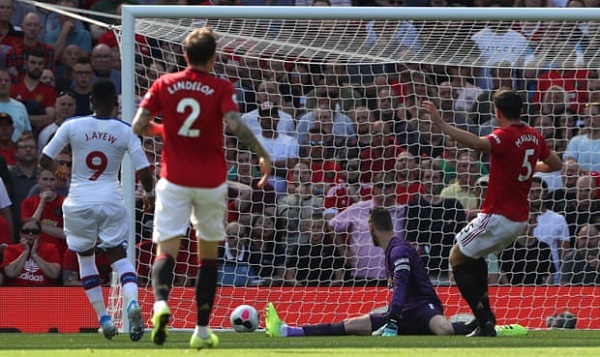 The game was almost a David and Goliath affair but the former came up tops in this contest.

Manchester United started the better of the two sides, dictating play and seeing much of the ball.

They looked like they would be the ones to break the deadlock but a long searching ball from Crystal Palace goalkeeper Vicente Guaita was flicked on by Jefferey Schlupp onto the path of Jordan Ayew.

The Ghanaian was one on one with Manchester United goalkeeper David De Gea and he slotted the ball past him on the 32nd minute.

Manchester United came up more after and tried to get the equalizer but Palace held their lines as the first half ended in their favour. 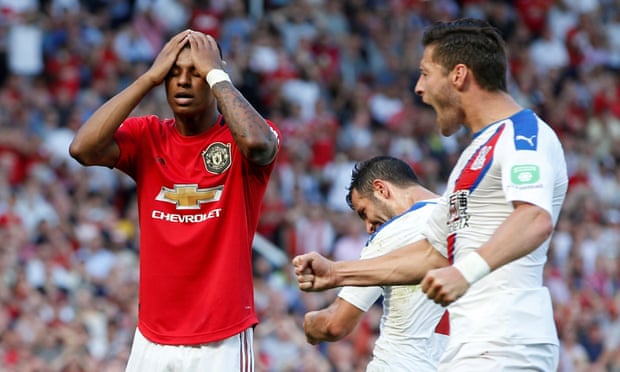 The second half started almost like the first with Manchester United dominating, their quick play saw them win a penalty in the 69th minute only for Marcus Rashford to miss.

They pushed more for the equalizer and levelled things up in the 89th minute through Daniel James only for Van Aanholt to score in added time to give Palace a famous 2-1 victory.