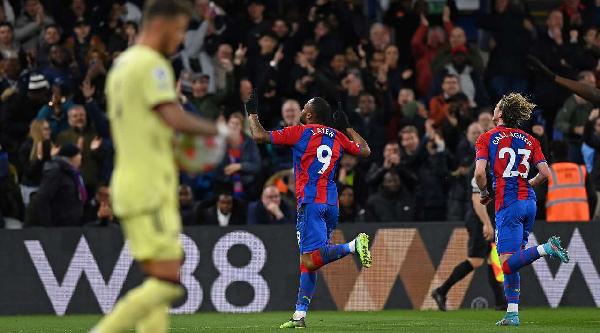 Jordan Ayew was on target as Crystal Palace put up a dominant display to make light meal of Arsenal on Monday.

The Black Stars forward scored the second goal in the Eagles' 3-0 win over the Gunners at Selhurst Park.

The goal was Jordan's Ayew second of the season.

Crystal Palace, who caused problems early on in the game, netted with the match's first shot.

A deep free-kick hit Joachim Andersen on the back and sat up perfectly for Jean-Philippe Mateta to head home from close range.

Moments later, Jordan Ayew doubled the lead for Palace in the 24th minute. The 30-year old cut inside and fired the ball beyoud the reach of the goalkeeper after latching unto Joachim Andersen's excellent pass.

The first half ended 2-0 in favour of Crystal Palace.

Wilfred Zaha put the icing on the cake in the 74th minute from the spot. This was after Martin Odegaard has been penalized for tripping Zaha and referee Paul Tierney had whistled for a penalty kick.

The win means Crystal pAlce has extended their unbeaten run to seven games moving into the top half of the Premier League table.