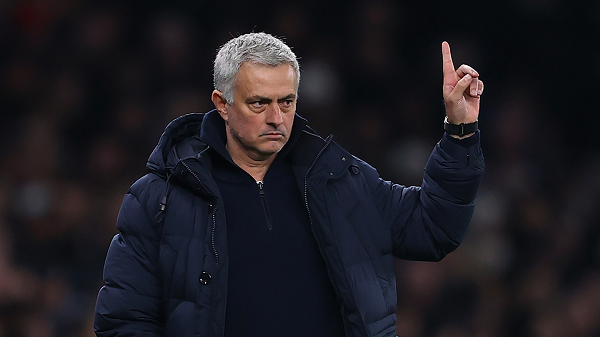 Jose Mourinho has told his fellow managers: “If you don’t want to play, stay home and watch the Bundlesliga!”

Mourinho insists he is desperate to return to action and made the remark at the end of a League Managers’ Association meeting with all 20 bosses.

German football is due to start this weekend while the Premier League is still discussing whether it is possible to return next month.

It is understood that Pep Guardiola, Frank Lampard, Nigel Pearson and Graham Potter raised concerns about coming back and rushing back to games.

Jurgen Klopp and Everton manager Carlo Ancelotti also stressed they want to return with the Liverpool manager stressing only when safe to do so.

Crystal Palace boss Roy Hodgson said it was safer to be at the training ground rather than make a trip to Tesco.

Mirror Sport revealed yesterday the managers voiced concerns about player welfare and now the Premier League are set to push the restart back to June 19 on top of the player summit on Wednesday where concerns were also raised.

It would appear the managers have won the day and Mourinho yesterday also insisted publicly he wants to return as quickly as possible - but stressed only when safe.

Mourinho said: “I want to train, and I am desperate for the Premier League to return as soon as it is safe to do so, particularly now we are seeing other leagues preparing to return to action.

“I am extremely proud of the way my players have maintained their fitness – they have shown great professionalism, passion and dedication.

“We have all been working extremely hard through remote squad training sessions and isolated running now the pitches are available to use again at the training centre.

“Every player has been extremely committed in terms of their individual work and now we wait for clearance to commence working in small groups again, which I will fully support.”