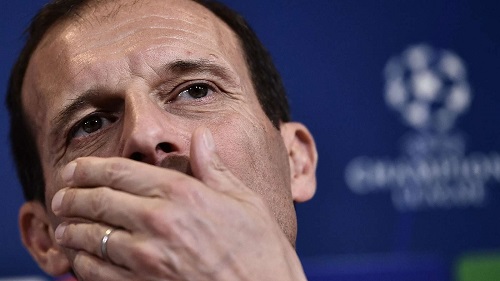 Juventus have announced that head coach Massimiliano Allegri will leave the club at the end of the 2018-19 season.

The Italian boss' future has been in question since being dumped out of the Champions League at the hands of Ajax, with the Italian champions having been firmly among the favourites to lift the crown.

Indeed, two finals have been reached during Allegri's five-year spell at the club and the arrival or Cristiano Ronaldo in the summer was seen as the final piece of the puzzle required for the Old Lady to go all the way.

Having failed to do so, the Bianconeri and the 51-year-old are set to part ways in the summer. A statement on the club's website reads:

"Massimiliano Allegri will not sit on the Juventus bench in the 2019-2020 season.

"The coach and the president, Andrea Agnelli, will meet the media together at a press conference, which will be held tomorrow, Saturday 18 May, at 2pm (CET) in the conference hall of the Allianz Stadium."

No statements have been made by either party as to where Allegri - who has won five Scudetti, four Coppa Italia trophies and two Supercoppa Italiana titles during his time in Turin - will end up next season.

Chelsea could be an option for the Italian, with Maurizio Sarri's future up in the air following an inconsistent season, while Bayern Munich could also be interested as they look set to part ways with Niko Kovac in the summer.

As for who will take over from Allegri, Antonio Conte's recent admission that there is a 60 per cent chance he would return to coach in the Italian top flight next term could put him in the frame, though the former Italy boss has also been linked with Roma and Inter.

Jose Mourinho is also out of work since being released by Manchester United last year, and the Portuguese trainer has said that he will only return to coaching if the right club with the right ambitions becomes available.

In a recent interview with L'Equipe, Mourinho was asked about the possibility of taking over at Paris Saint-Germain after stating that he knew the reasons behind their European exit at the hands of United, but would not comment due to Thomas Tuchel already being at the club.

Still, the Portuguese's close relationship with sporting director Antero Henrique and excellent track record in the Champions League continues to see rumours of a move to the Parc des Princes dugout swirl.