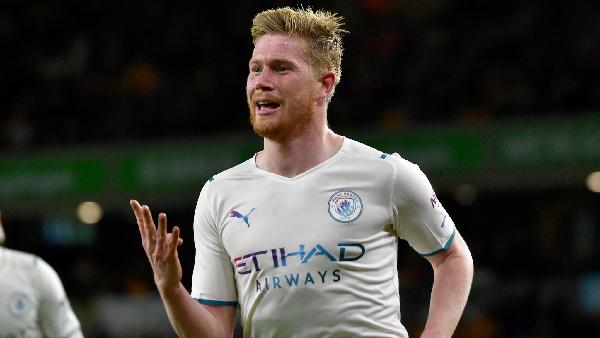 Kevin De Bruyne has been voted Premier League Player of the Season for 2021/22.

The Manchester City midfielder claims the award for the second time having first won the award in the 2019/20 campaign.

The 30-year-old has scored 15 goals and registered seven assists in his 29 Premier League appearances this season.

The playmaker is hoping to help City to their fourth league title in five seasons with Pep Guardiola's side heading the table by a point ahead of Liverpool with one match to play.

“To win this award for a second time is an achievement that I am really proud of,” he said.

“There is so much quality in the Premier League and it is a pleasure to be nominated with so many other great players who have had incredible seasons for their clubs.

“I think my performances this season have been good and I am happy that I have been able to contribute with goals and assists throughout the season.

“Thank you to all of the staff, coaches and especially my teammates because without them this wouldn’t be possible.”