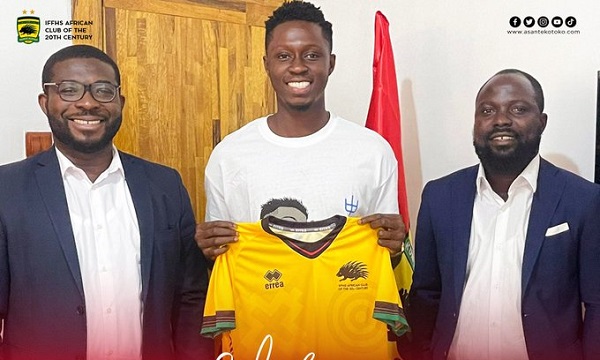 Asare has signed a three-year contract with the Ghana Premier League champions after leaving Accra Lions.

Asare played a key role in Accra Lions’ promotion to the Ghana Premier League for the 2019/20 season.

In his first season in the Premier League, he played 28 games and kept 13 clean sheets to help Accra Lions stay in the league.

The 23-year-old will compete with Ibrahim Danlad for the club’s first-choice goalkeeper position. Danlad is the club’s current number one, having excelled in their title victory last season.

Kotoko have begun pre-season training and will travel to Turkey to continue preparations for the season, which is expected to begin in September.