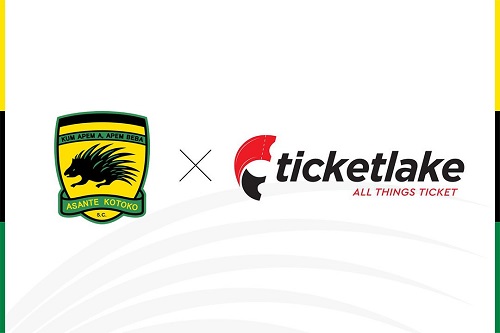 According to the club, the deal is for three years which takes effect from 2020/21 Ghana Premier League season. Kotoko believes their new partnership deal will play a major role in our Post-Covid digitization drive of Matchday Tickets sales

"Portions of the statement read: We are delighted to announce a partnership/ Sponsorship with online ticketing giant TicketlakeÂ for the next three seasons, beginning with 2020/21.

This mutually beneficial deal makes Ticketlake our official Ticketing partner of Asante Kotoko SC and Ticketlake will play a major role in our Post-Covid digitization drive of Matchday Tickets sales." 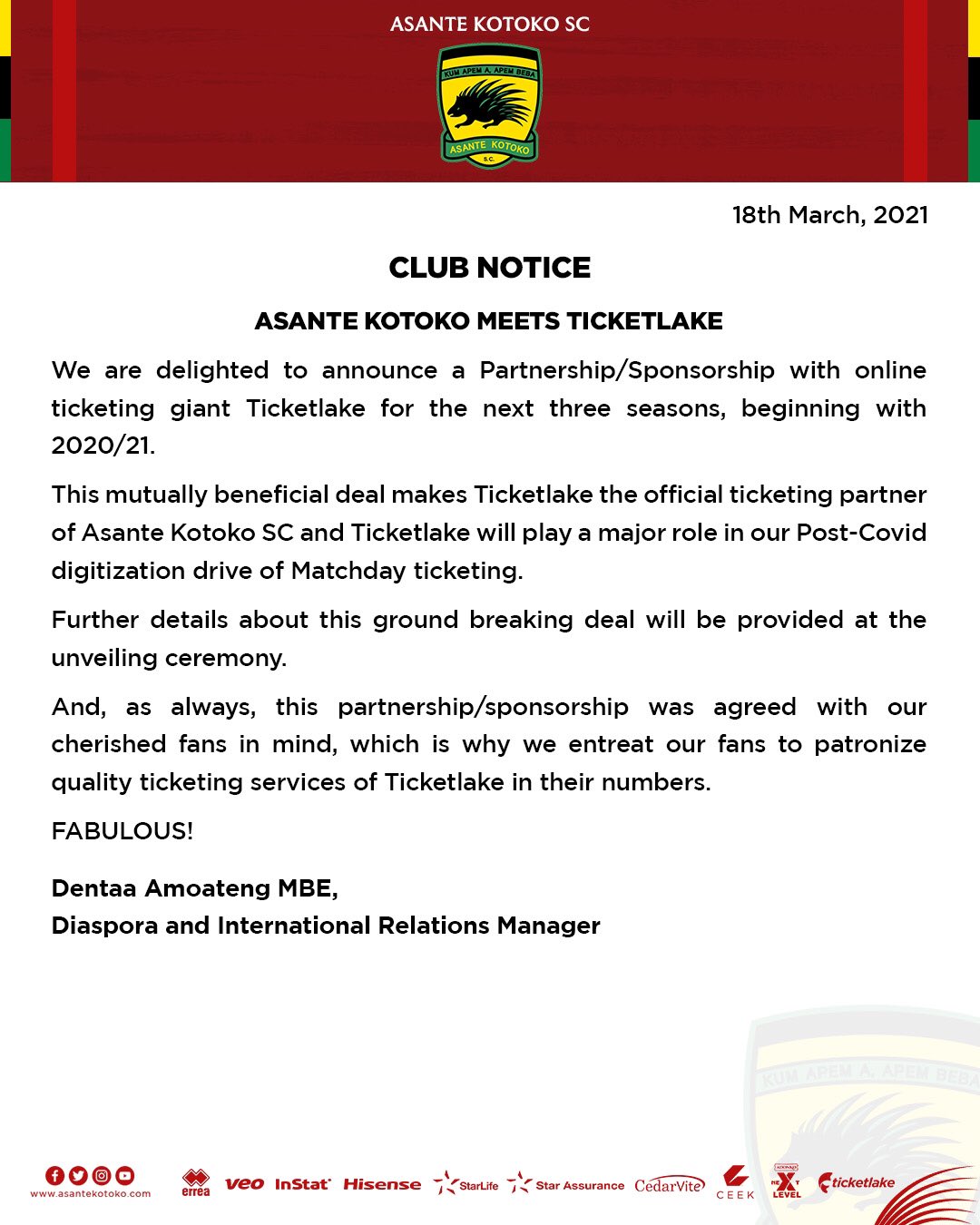