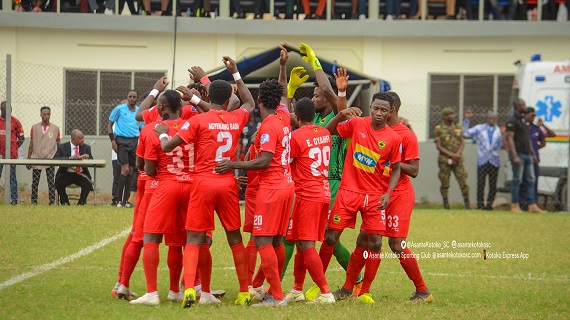 Ghana Premier League giants, Asante Kotoko have been pitted against FC Nouadhibou of Mauritania in the 2020/21 CAF Champions League.

This comes after the draws for the preliminary and last-32 rounds of the elite African club competition and the second-tier CAF Confederation Cup was held in Cairo on Monday.

The Porcupines will be travelling to Mauritania to face FC Nouadhibou in the first leg to be played at the Stade Cheikha Ould Boïdiya on November 27 while the return leg comes off on the weekend of December 4, 2020.

FC Nouadhibou is a professional Mauritanian club created in 1999, based in Nouadhibou economic capital of Mauritania.

They are also four-time winners of the Mauritania FA Cup.

Meanwhile, Ghana's AshantiGold have been drawn against Salitas FC of Burkina Faso in the CAF Confederation Cup.