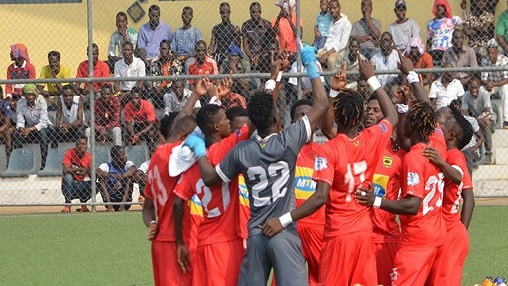 General Manager of Asante KotokoÂ Nana Akwasi Gyambibi popularly known as Nana Coker says the club is in talks with the Ghana Football Association to play its home matches under floodlights.Â

Â The latest development comes on the back of the Porcupines choosing the Accra Sports Stadium as their new home venue for the rest of the season.

The decision to choose Accra Sports Stadium comes afterÂ the National Sports Authority last week issued a statement that the Baba Yara Sports Stadium have been shut down for renovation works.

According to Coker, the club is in dialogue with the country's football body and if all goes well they will be playing night matches at their newly adopted venue.Â

â€œWe have arranged and talks are in place to inform the FA so that all our home games will be played at night under the floodlight."

Currently, other premier league clubs including Hearts of Oak, Legon Cities, Inter Allies as well as Great Olympics all use the Accra Sports Stadium to honour their home league games.

The GFA this season approved Night Football as part of the 2019/20 kickoff times as the latest innovation is to increase patronage and enhance player performances due to the harsh weather conditions across the country.

Clubs include Legon Cities and Hearts of Oak have played their home games under the floodlights at the Accra Sports Stadium.